THANK YOU TO THE NATIONAL LOTTERY HERITAGE FUND IN WALES  ....... 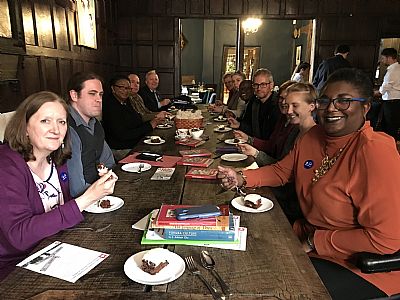 In March 2019 we were given one year’s funding by the NLHF for our proposal:

“to explore the heritage of the hill farming communities in Mid and North Wales as a cottage industry during the 17th and 18th centuries. At this time the production was developed to create a woollen cloth that became known as "Welsh Plains".

Production increased considerably to meet the needs of international trading and then declined dramatically in the 19th Century, when the use of enslaved people on British owned plantations was stopped.

However in the heyday of the 18th century, orders and sales brought considerable income to impoverished hill farmers and local communities grew dramatically in size to accommodate the infrastructure needed to support the industrial scale of production. Market towns like Newtown and Dolgellau, are evidence of the scale and financial backing invested into developing the production of this cloth. 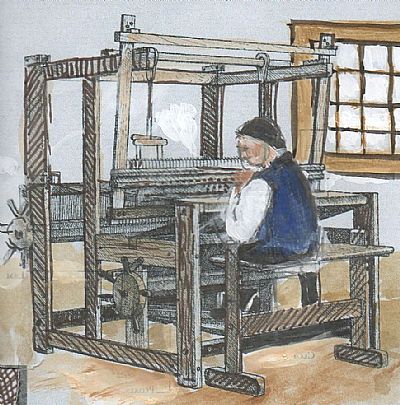 Welsh Plains was in great demand by merchants who were fitting out slave ships in Bristol and Liverpool, two of the three main slaving ports in Britain at the time, for use in bartering along the West African coast in exchange for human and other necessary cargo for the Slave Trade. "Welsh Plains" is named in documentation as a preferred product to gain success in the barter process, and therefore was a very valuable product.

At other times it is referred to as Welsh Cottons, Negro Cloth or Welsh Flannel, and at times is confused with other fabrics as well.

The cloth was also in great demand to meet the British legal requirement for an annual cloth allowance for enslaved workers on British plantations in the Caribbean and the Southern States. The Planters were fabulously wealthy and so it was good business to ensure that their captive workforce was adequately clothed.

The archaeological heritage of fulling mills and carding mills, required to process the wool is also hidden in valleys across Mid and North Wales, often as overgrown ruins, or with sites used for picturesque homes.”